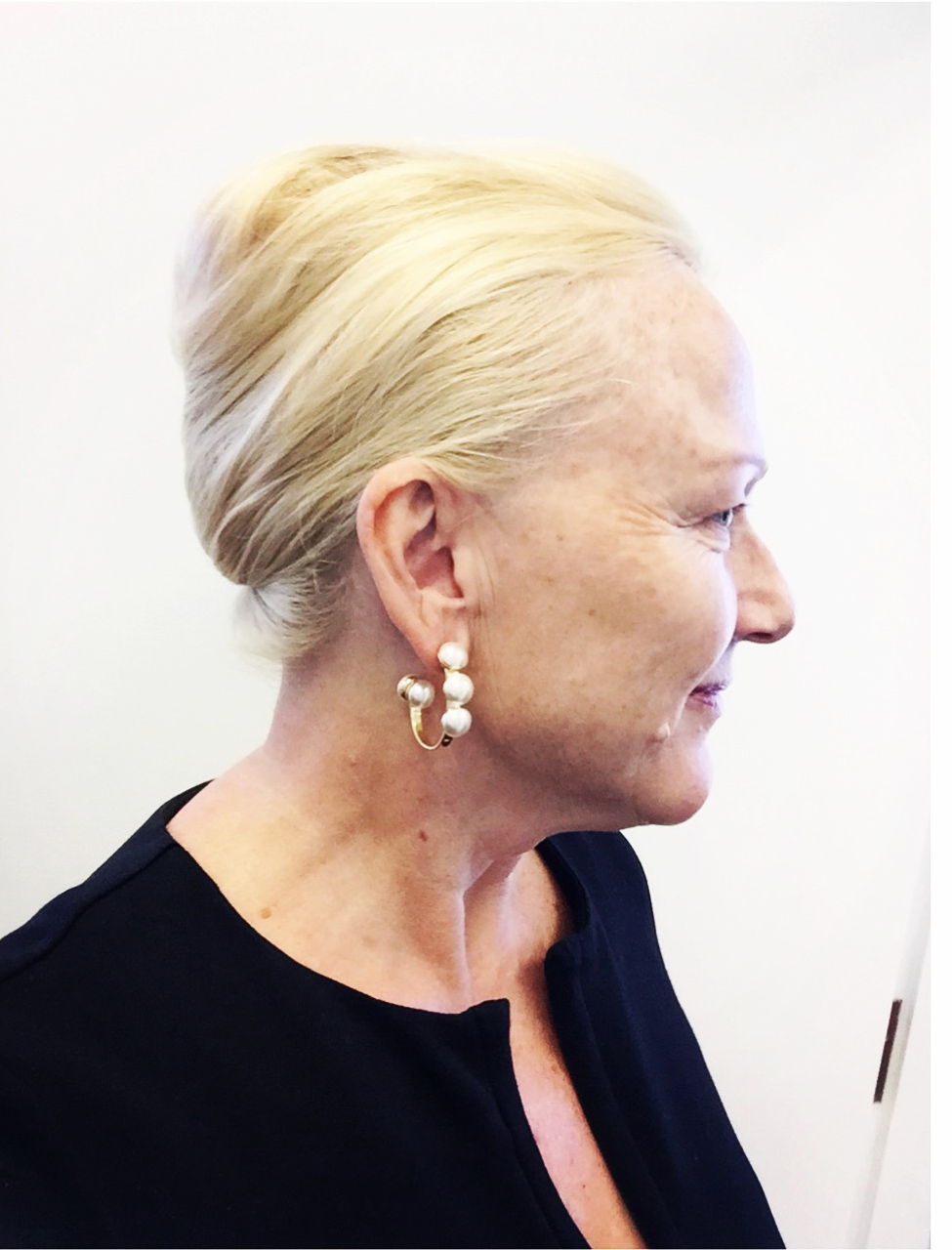 It doesn’t take a jewelry expert to notice that many Camille K pieces are French inspired. The exotic Chance Serpent Earrings, for example, look like found treasures from a Parisian flea market. But Carla Labat, the brand’s founder and designer, did more than just spend a few days in the City of Lights— she lived there for a year,  immersing herself in the culture.

“One day I ‘accidentally’ wandered into an intriguing jewelry store called Babylone in the Marais. It was their small showroom for professionals. At that time, Babylone made the jewelry for Jean Paul Gaultier and Paco Rabanne—so these were statement pieces, to say the least! I was so taken with what I saw that they had mercy and allowed me to make a few purchases.  These pieces would later serve as inspiration for Camille K.”

Carla also credits New York for fueling her creativity, which is apparent in her more modern designs like the Empire Ring. History and architecture, she says, are her two biggest sources of inspiration and references for her jewelry. The flawless blend of old and new is one of the things that make Camille K jewelry so unique.

There are plenty of women whose style inspires her as well: Marisa Berenson (the granddaughter of Coco Chanel’s rival, designer Elsa Schiaparelli), Cate Blanchett, Julianne Moore and Jacqueline Kennedy Onassis are just a few. But the young woman who inspires her most is her daughter, Camille Katherine, the company’s namesake.

“When I began making what is now known as Camille K Couture(our one-of-a-kind pieces), they were inspired by and made from treasures found in the well-known French flea markets (Puces),” Carla says.  “Since these pieces were so very French-inspired, I needed a name that would reflect that...thus, my daughter's name seemed perfect.”  Though Camille was very young at the time the business was launching, Carla dreamed that one day her daughter might join her and eventually run her namesake company. “Camille has great style and an eye for design and often gives input on new pieces to be manufactured. Whatever the future holds, she will always be an important part of the Camille K brand.”

Before she designed jewelry, Carla, who has a background in English literature and dance,  trained extensively in tap with a master dancer named William Clower who danced with the likes of Eleanor Powell, Ann Miller and Robert Ryan. She began teaching at age 12 and enjoyed many years performing as well as choreographing for musical theater.

Later, with her husband, they founded the French American School of Silicon Valley. Carla’s husband is French, and he wanted to give back to the community that had helped him when he came to the USA. Their daughter Camille got a great start to her bilingual education at the School, and it was during that time that Carla started to take the launch of Camille K more seriously.  As she puts it, “When you are a creative person, something interesting is always being launched!”

Carla has always loved jewelry—in fact, she jokes that she came out of the womb wearing it. But she also has many other passions. Sunday is “pie day” at her house, and she calls baking her form of meditation. She still enjoys tap dancing, she loves to read (listing Mark Twain and EE Cummings amongst her favorites) and she even started a novel under her nom de plume, Lady Gaillon, called Place Furstenburg.  And of course, she loves Paris!  In fact, Carla and her husband recently bought an apartment there, so she’ll be spending a lot more time in the City of Lights. There are sure to be more pieces added to the Camille K collections from all of that inspiration!

Carla’s many interests are apparent in her beautiful jewelry designs, which are best described as statement pieces. She envisions confident women who wish to be known for their distinctive style wearing her jewelry—polished women who aren’t afraid to try something different!. Many of her favorite clients, she admits, are women who had never experimented with statement jewelry before. She loves watching them explore a new side of themselves.

“Putting on a piece of jewelry that suits them is like turning on the prettiest light in a room,” she says. “Something wonderful is added that can absolutely change a woman’s attitude about herself. I love jewelry for that reason alone!”

Carla is highly encouraging when it comes to women following their dreams and starting a clothing or accessories company. And she’s got some great advice:

“Have a business plan, but don’t get so stuck in hammering out all the details ahead of time that you never start. As the business takes shape, things change and you have to move with those changes. Finding the balance between design and what is commercial is key.  Stay true to your vision and as everyone says, do what you love. Believing in yourself is everything. People are drawn to confidence. Success will follow!”